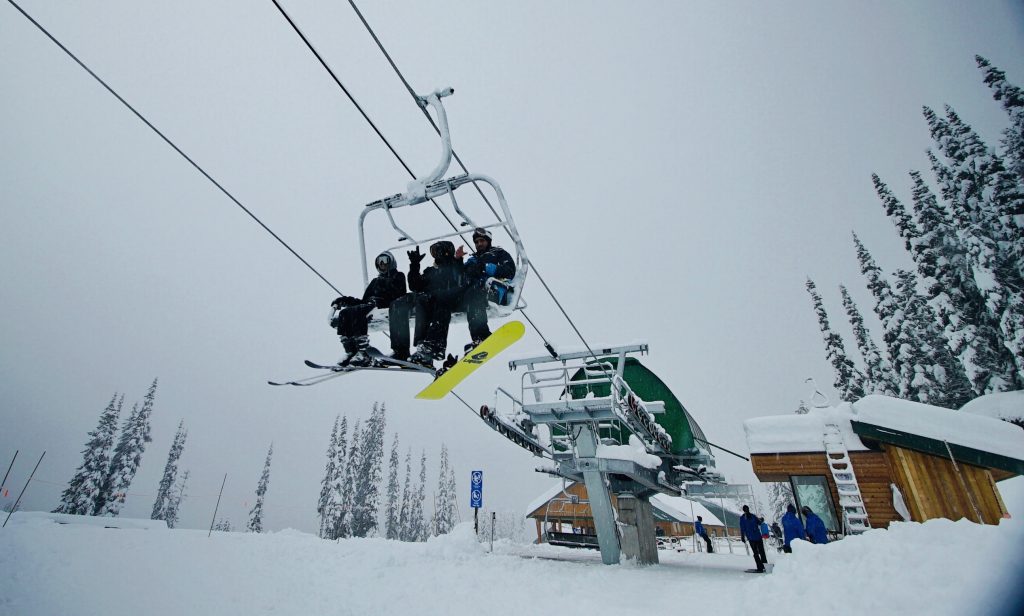 Manning Park Resort opened the downhill ski area for the winter season this
Saturday, December 21st, amid an incredible snowstorm that dumped nearly 150cm of
snow in a 48-hour period.

The forecasted snowstorm started Thursday night and dropped 87cm of snow by Friday
afternoon. A further 50cm fell on Friday night, which made skiers incredibly excited for the
Saturday morning opening, which was also the Grand Opening of the Bear Chair,
Manning’s new quad chairlift.

The heavy snow caused highway closures, which affected the ability to get to the ski area
for many who were itching to get on their skis. However guests who were already at the
resort were treated to the opening turns of the season and the opening of the new quad
chair.

In addition to the Bear Chair, there are major changes at the resort this winter, including a
brand new Alpine Guest Services at the ski area for tickets, lessons and rentals, and an
additional eight premium cabins, which have just been completed.

General manager, Vern Schram, acknowledged all the work put in by Manning Park Resort
staff to stay on top of the incredible amount of snowfall, as well as all the highway crews
that worked to keep the highways safe.

He says, “A huge thank you to everyone for all their help! There were long hours put in by a
lot of people and there’s still more to do. You are all rock stars!”

With this being one of the biggest snowstorms in memory, the ski area is now open 7 days
a week for the season, and snow coverage is looking good! “Although we said to do some
snow dances to make it snow,” Schram says, “We did not expect to get our entire snow
base in a two-day period!”