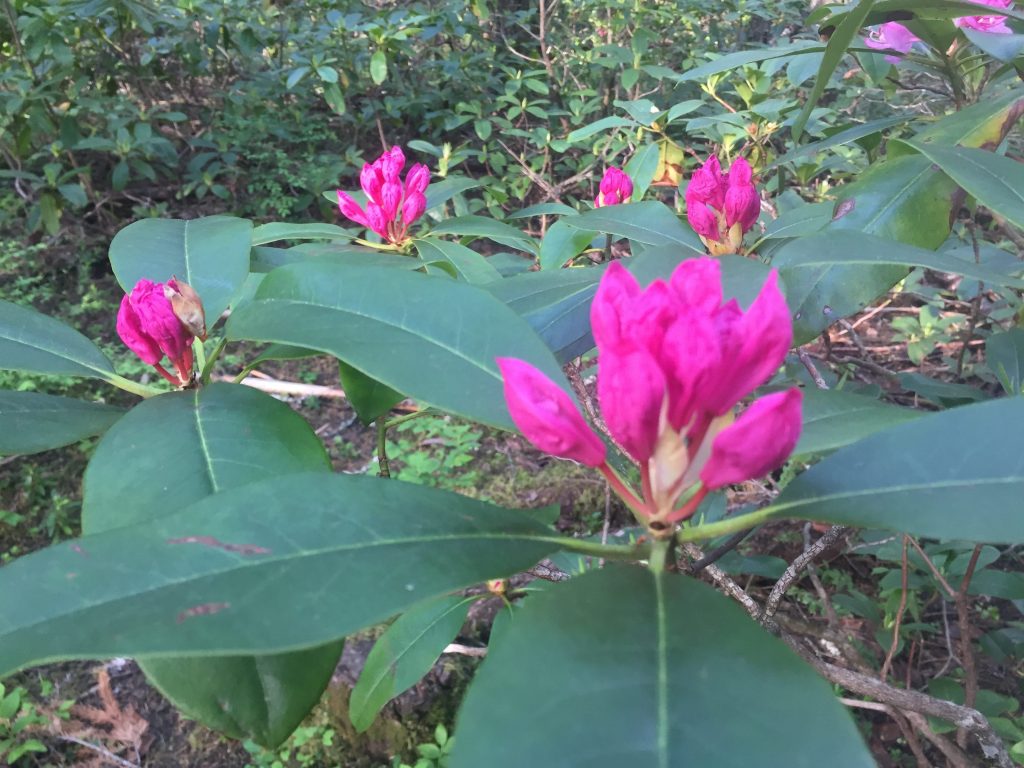 Visit the rhododendrons at Rhododendron Flats, on a 10-minute loop walk through the forest. Lush carpets of moss keep the soil damp during the spring and early summer allowing the moisture loving rhododendron to be at its best when it flowers in June. (starting now!)

Rhododendron comes from the Greek word meaning ‘rose tree’ and indeed, the Pacific rhododendron could compete with even the showiest of the hybrid roses. Reaching a sprawling height of up to 8m, it surpasses many of its cultivated cousins.

Of the 600 different rhododendron species worldwide, only 27 varieties occur in North America.

Because of its rarity, the Pacific Rhododendron is protected by law in BC. 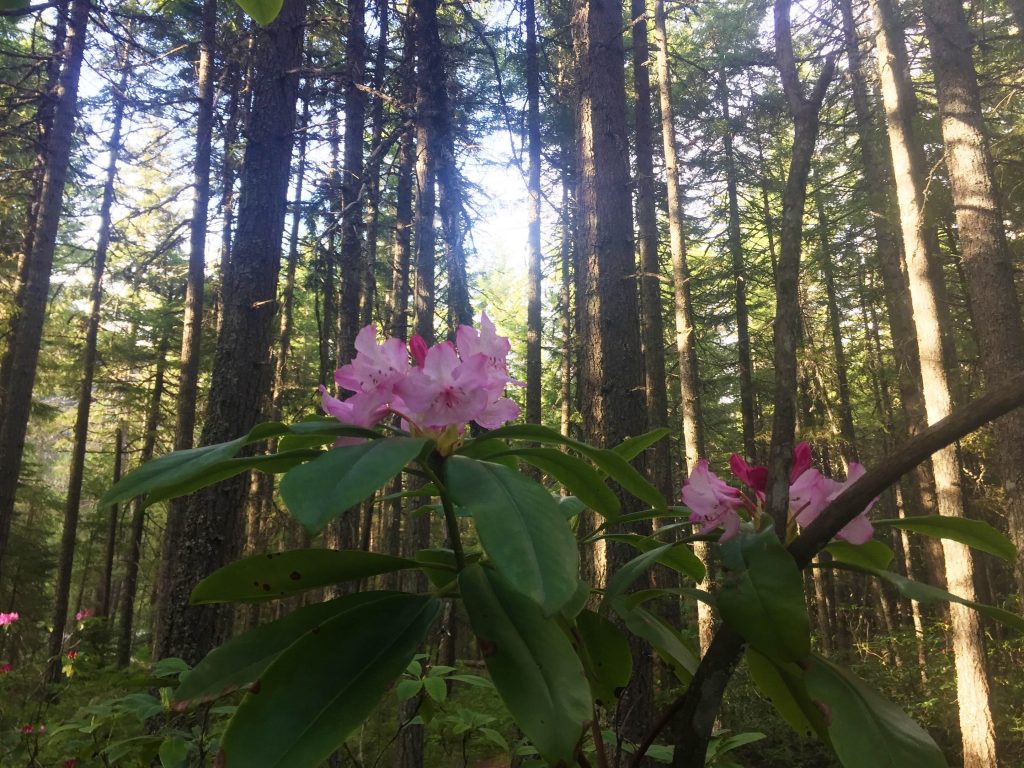 Where are all the others?